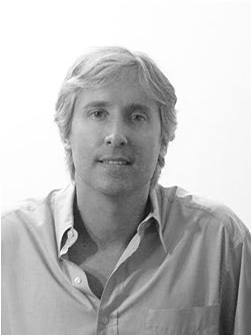 Julian King received a BArch from Cornell University, going on to work for Rafael Vinoly, and Richard Meier & Partners, on award winning projects such as The Getty Center, The Museum of TV and Radio, The Rachofksy House, The Sandra Day O’Conner Courthouse and The Gagosian Gallery, as well as other award winning projects, before opening his own practice in 2004, julian king architect.

Since then, he has completed a wide variety of thoughtful projects—ranging from a tensile fabric tennis pavilion, to the renovation of an old barn in Italy into a vacation home. His designs have won a spot in the finals of The Dr. Martin Luther King Jr. Memorial International Design Competition, and recently selected as the winning entry in the International Shinkenchiku Residential Design Competition in Japan.

Julian King has been a guest critic for The Cooper Union School of Architecture, and FIT, and is a member of the AIA, NCARB certified, licensed in New York State, and New Jersey, and a LEED Accredited Professional by the U.S. Green Building Council.

When not in the office, he is probably playing tennis, having played competitively, and still a little nutty about it.